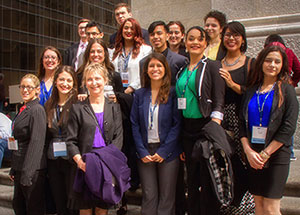 Students from Lone Star College received the Outstanding Delegation award for the second year in a row at the recent National Model United Nations conference. 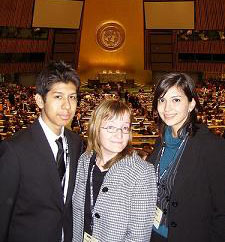 Lone Star College offers students the opportunity to learn about global issues and the challenges of diplomacy through the competitive Model UN program. The Model UN is a simulation of the United Nations system, where students assume the role of diplomats and participate in debates on current global issues found in the UN agenda. The Model UN delegations compete in the Spring semester. Faculty advisors are listed below.

Lone Star College is pleased to announce the formation of two joint Model UN delegations with representation from all six campuses. Listed in alphabetical order by campus, please e-mail your LSC faculty sponsor for more information.