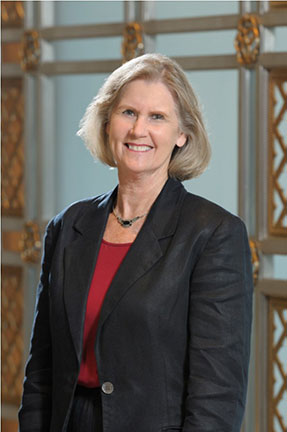 LSC-Montgomery scholarship donors Karen and Waylan West were both the first in their families to attend college, a feat which almost didn't happen except for the generosity of others.

"Due to financial problems, Waylan could not attend college, but his high school principal, Mr. Payne, who had become an associate dean at Temple Jr. College, called him after college started. Mr. Payne said he noticed that Waylan had not registered so he told him to come and register the next day because he had paid his tuition." said Karen.

Karen also fondly remembers about getting a chance to have breakfast with the people who gave her a scholarship. The couple went on to graduate and lead successful careers in The Woodlands, never forgetting about those who made it possible. "It's like not wanting to disappoint the person who put faith in you and invested in you; you want to make sure their investment paid off," Karen said.

The Wests decided to pay it forward and became donors themselves, endowing two scholarships for LSC-Montgomery students. Their experience came full circle when donors and scholarship recipients recently got a chance to meet at a scholarship breakfast held at the campus this month, just like Karen did so many years ago.

After reading his thank you letter, Karen knew that she just had to meet her scholarship recipient, Caleb Zaborowski. In Caleb's letter, he wrote about his dreams of eventually earning a Master's degree in accounting and working for a big oil & gas company. Being a full time student and working a full-time job, Caleb especially appreciated that the scholarship allowed him to work less and pay more attention to his studies.

Speaking at the scholarship reception, Karen said that giving to a community college is one of the greatest impacts you can have through a charity because "it has an impact on the scholarship recipient, his family and ultimately the community". In fact, ninety-one percent of Lone Star College students remain in the community and contribute to the local economy. She encouraged the students in the room to remember to pay it forward when they too earned their degree and achieved success like she and her husband did.

To pay it forward and give a scholarship to a deserving student, click HERE.