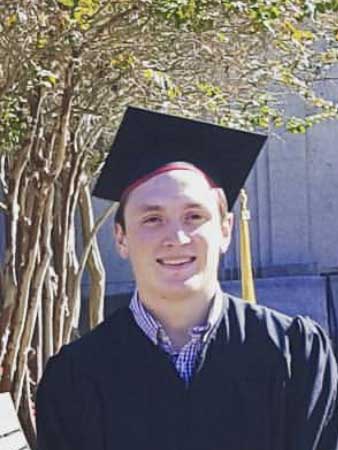 Sam Perez is a star on the rise. He first came to Lone Star College as a dual credit student in high school before obtaining his Associate degree from LSC-CyFair, all while installing tires at Discount Tire. But Perez was just getting started. He graduated in 2013 then transferred to the University of Houston where he graduated in 2015 with a political science degree and minor in economics. But his star was still rising. He's now attending law school part time while working full time, promoted to an assistant manager, at Discount Tire. But, you guessed it, his star is still rising.

He recently appeared in the alumni magazine for South Texas College of Law Houston as "one to watch". When Michael Zuieback, CEO of Discount Tire, recently visited his Willowbrook store, he met with Perez and was impressed. So much so that he extended Perez a job offer as in-house counsel once he graduated! "I prefer to promote from within. We would love to have you on our legal team, Sam," Zuieback said.

Perez thought the CEO was just being nice and did not think too much about it until he learned that Zuieback brought it up again when talking to the company's board of directors. "When Sam Perez earns his law degree, I personally will serve as his reference for our legal team," said Zuieback.

Perez credits his time at Lone Star as crucial to his success, saying "One thing I benefited from was the small class sizes. It was a better learning environment and big advantage because I got more one on one time with the professors." He continued, "Lone Star really prepared me not just to go to the University of Houston, but to succeed at the University of Houston. Everyone I come in contact with I tell them to go to Lone Star."

Another key factor in his success was family. There are proud parents, Sue and Eleazar Perez, and younger sister Rachel, who followed in her brother's footsteps graduating last year from LSC-CyFair. The proud big brother jokes that his younger sister is always trying to outdo him as she's pursuing a medical degree at University of Houston-Downtown. Readers might remember Rachel from when was the featured speaker at the Foundation's 2018 StarGala. Rachel talked about the impact Foundation scholarships had on her path to success and you can read more about her HERE.

Thanks to generous donations, Lone Star College Foundation is able to help thousands of stars on the rise every year. Please consider making a gift today!