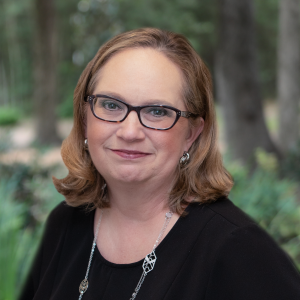 Dr. Victoria Waters joined Lone Star College in 2000 as the Assistant Director for School-to-Careers, a position in which she developed programs, coordinated conferences, produced monthly newsletters, and reported grant outcomes for career and technology education in the Gulf Coast region. When the grant ended in 2003, she found her niche in academic support and student services while directing the learning and assessment centers at LSC-Tomball until 2012.

Victoria believes what Yeats said, “Education is not the filling of a pail, but the lighting of a fire.” In 2014, she became a grant developer in RDA and discovered that her previous K-12 background combined with her higher education experience formed the foundation for producing competitive grant proposals to provide empowering student success programs such as Upward Bound and Student Support Services.

Victoria strives to have a healthy mind-body-spirit connection. In her free time, she enjoys reading, swimming, watching Amazon Prime international shows, and spending time with her family and friends.

Favorite Quote: "I hope you never lose your sense of wonder…I hope you still feel small when you stand beside the ocean, Whenever one door closes, I hope one more opens…Never settle for the path of least resistance…I hope you dance." – Lee Ann Womack 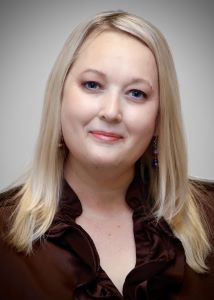 Cyndi Drummond joined Lone Star College in April 2012 and is the Director of Grant Development for LSC in the Resource Development & Administration (RDA) office. Through her current and previous positions, Cyndi has authored numerous federal, state, local and private grant proposals totaling over $130 million in external funds. Cyndi has extensive experience and expertise in developing logic models, theory of change, and designing and conducting program evaluations.

Cyndi has over thirty years of experience working in the non-profit sector in various states, developing and directing clinical and community prevention programs. Cyndi received a Bachelor of Science Degree from Fairmont State University with a major in Psychology and a minor in Criminal Justice. Cyndi received a Master of Arts Degree from the College of Human Resources and Education with a major in Counseling from West Virginia University and is a current Licensed Professional Counselor and Supervisor (LPC-S) in Texas. Cyndi’s counseling specializations include childhood or adolescent trauma and behavioral and emotional disorders.

Cyndi is a member of various professional organizations, including the Nonprofit Grants Management Association, Leadership North Houston Alumni Association, and a Civitas Next Generation Leadership Academy graduate. Cyndi has presented mental health and grant-related topics at regional, state, and national conferences. She was the chair of the national 2018 CASE Conference for Community College Grant Professionals and has served as a member and team leader for the CASE Federal Funding Taskforce for many years. Cyndi is a lifetime 4-H All-Star member (West Virginia) and serves as a volunteer clinical consultant at an equine ministry in Montgomery, Texas.

Cyndi’s husband, Michael, is a U.S. Army Veteran and is a sports and entertainment security expert. Their daughter, Caitlin, is a nurse in the New Braunfels, Texas community. 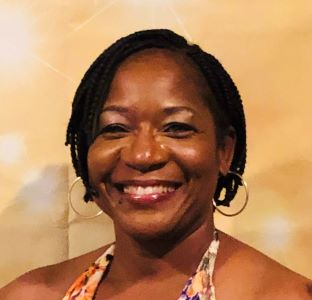 Pamela is responsible for the administration and management of grant processes to include oversight of grant compliance, process improvement, project management, problem resolutions, and the adherence to federal, local, and state guidelines.

Pamela has successfully submitted applications for federal funding of over 24 million dollars in homeless funding for the Houston community. She also served, 22 years in the United States Navy. 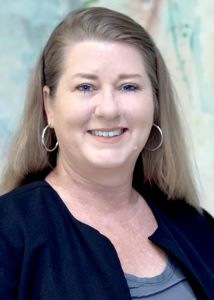 Charis Prejean joined Lone Star College in 2016 as a Grant Developer.  As a Grant Developer, she was instrumental in securing grant funding to implement programs supporting historically underrepresented students.  Working with internal and external stakeholders, she secured grants from public and private sources - including the Department of Education’s Strengthening Institutions (Title III) and IREPO, the Johnson Controls Foundation, and the Steelcase Education Foundation.

Charis has over 20 years of grant writing experience. At Texas A&M University, she assisted nonprofit organizations throughout Texas to develop competitive proposals for a variety of programming support. In this position, she helped all types of nonprofit organizations with nonprofit development and funding strategies. Prior to joining Lone Star College, she was a grant developer for the City of New Braunfels and helped the city to acquire funding for a wide range of city services including police and fire services, FEMA, and economic development projects.

She earned her master's degree in Social Work Administration from Texas State University in 2002.

She is a passionate believer in education and is committed to serving the community. The quote, “Education is the most powerful weapon which you can use to change the world,” by Nelson Mandela led her educational journey and motivated her advocacy for education. She believes that education allows us to understand the world better and provides opportunities to look into the future through multiple lenses. Her leadership philosophy is grounded in servant leadership and is informed by transformational leadership theories that guide her in leading by example at Lone Star College. 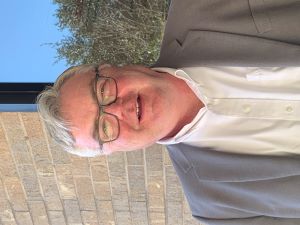 David Grebe is a former journalist with experience writing for newspapers in Missouri, Texas, and Iowa. At LSC, he has successfully created winning proposals for Federal, state, Foundation and local grants – including innovative proposals such as the college’s first food scholarship program.

David came to Houston after spending ten years living in New York City where he worked for platinum manufacturer Johnson Matthey in the Diamond District. A St. Louis native, he earned a BA at Boston College and a master’s in journalism at the University of Missouri-Columbia. In addition to working in RDA, David has taught two semesters of EDUC 1300 at LSC-North Harris. He’s been with Lone Star College since 2017.

Favorite Quote: “Happiness is a direction, not a place.” – unknown 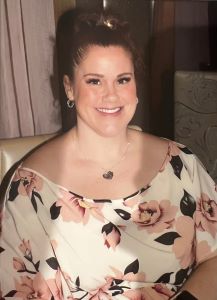 April completed an A.A.S. degree in Paralegal Studies from Lone Star College in 2003 (then called NHMCCD) and a Bachelor of Arts degree in Political Science from the University of St. Thomas in 2008. After graduating, she worked as a Paralegal for a large international law firm in Houston, Texas, and in 2009 she joined LSC as a Paralegal in the Office of General Counsel.

After serving in that position for 5 years, April moved to Resource Development and Administration (“RDA”) as a Compliance Analyst. During her tenure at Lone Star College April continued to expand her education and earned an A.A.S. degree in Accounting from LSC as well as a Masters's in Business Administration from Sam Houston State University. April has an adult son who serves in the U.S. Army. Her hobbies include dogs, the Houston Texans, traveling, and spending time with her small group of girlfriends. 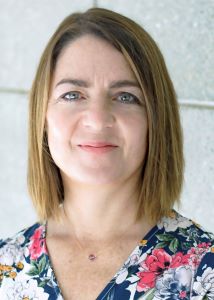 Jennifer Trice joined Lone Star College in 2019 as a Grant Developer. In that role, she has mainly focused on securing grant funds for Workforce programs at LSC.

Originally from Canada, Jennifer has a background in Education, working overseas in The Gambia, the UAE, and Japan. She has Education Administration and ESOL, Elementary, Secondary, and Adult teaching experience. She has also worked for non-profit organizations involving immigrant and refugee support. Jennifer has a Bachelor’s of Science in Psychology, a Bachelor’s of Education, and a Master’s of Education in Curriculum and Instruction.

Favorite Quote: “What you do makes a difference, and you have to decide what kind of difference you want to make.” – Jane Goodall 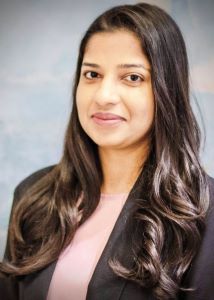 Mehreen Siddiqui is Temp Analyst II for HEERF grants under Grant Management and Compliance at Lone Star College. Mehreen has been with Lone Star since January 2012, she has worked with different departments including Financial Aid, Workforce, and Academic Affairs.

She graduated from the University of Houston with a BBA in HR Management and Marketing. She started her career in the Oil and Gas industry and transferred to the Education Industry to pursue her passion for helping students fulfilling their educational dreams. 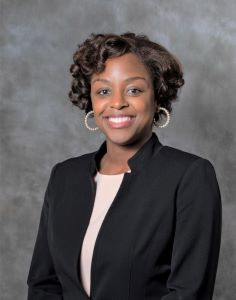 As a native Houstonian, she has also served as Program Coordinator with the Center for Student Empowerment at University of Houston where she worked to support diversity in education by collaborating with campus partners and coordinating program activities to promote student success. In addition, Jamesia has managed grant programs such as the Dr. John H. Hopps Jr. Research Scholars Program at Morehouse College – a STEM research scholars program funded by the U.S. Department of Defense. With over seven years of experience in higher education, Jamesia is committed to serve as a change agent and advocate for educational equity.

Jamesia received her Bachelor of Arts degree in Psychology from Spelman College. She also holds a Master of Arts in African American Studies from Georgia State University. 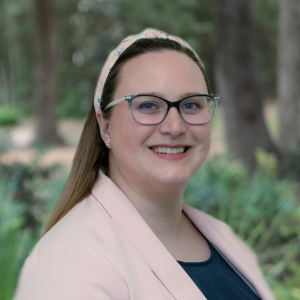 Sarah Rowland joined Lone Star College in 2020 as RDA’s Specialist. She serves as the liaison with the Chancellor’s Office and the Office of the General Counsel while providing administrative support to the department. She coordinates proposals, amendments, partnership agreements, and budgets in support of $256 million in managed grants.

Sarah previously worked for the University of Houston and specialized in contract processing and compliance. She received her Bachelor of Arts in English from Texas State University in 2013.