About Department of Emergency Preparedness

The Lone Star College DEP mission is to conduct programs and activities that will provide LSC with the ability to prepare for, respond to, and recover from any incident. LSC' all-hazards plans utilize these guiding principles:

LSC System Policy will be implemented during emergencies to accommodate needs arising out of campus operations, scheduling and work assignments within the campus community.

The entire LSC community has a role in achieving these objectives. As a community we must be prepared, stay informed, have a plan, and get involved to achieve success. 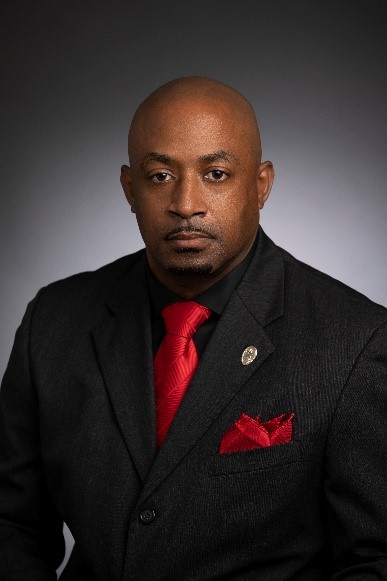 Derrick Harris has worked for Lone Star College (LSC) for over 10 years. He graduated from Liberty University with a Master of Science degree in Criminal Justice. Derrick began his Law Enforcement career in 2004, working for Spring Independent School District as a Police Officer and in 2007 for Harris County Constables Precinct 1 as a Deputy Constable. In 2009 he transitioned to Lone Star College at the Kingwood Campus as a Police Officer. In 2011 he was promoted to Sergeant.

In 2018, he began a new journey as a Senior Business Analyst and Project Manager within the LSC Office of Emergency Management (OEM). And after a year, he became the Director of the Department of Emergency Preparedness (DEP).

During his first year as Director, he implemented the LSC Continuity of Operations Plan and constructed the LSC Emergency Operations Plan. He developed policies and procedures according to Texas Education Code. He is certified in several FEMA courses and is a Texas Commission on Law Enforcement (TCOLE) instructor.

When he is not working as a full-time Director, he is an Adjunct Professor, educating students in Education (Educ)1300 or Criminal Justice. 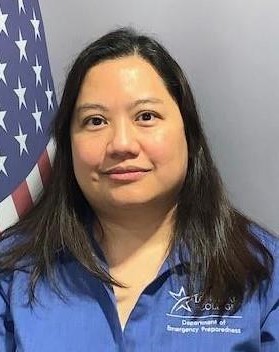 Cheryl is originally from the island of Saipan, Commonwealth of the Northern Mariana Islands (CNMI). She obtained her Bachelor of Science degree from the University of Hawaii at Manoa.

Cheryl has been with Lone Star College for over 10 years. In 2012, as the Program Manager for the Service Training Officers Prevention Program (STOPP). Her objective was to mitigate Sexual Assault, Domestic Violence, Dating Violence, and Stalking on campus.

From 2016 to 2019, she worked as a Manager for the Office of Emergency Management (OEM), managing the department's day-to-day operations. In 2019, she became the Department of Emergency Preparedness (DEP) Manager, assisting the Director with maintaining the Emergency Management Plans, conducting various emergency preparedness drills and exercises, and developing resources to educate community members on emergency response. She has completed several FEMA courses, including the Professional Development Series and Continuity of Operations Planning courses.