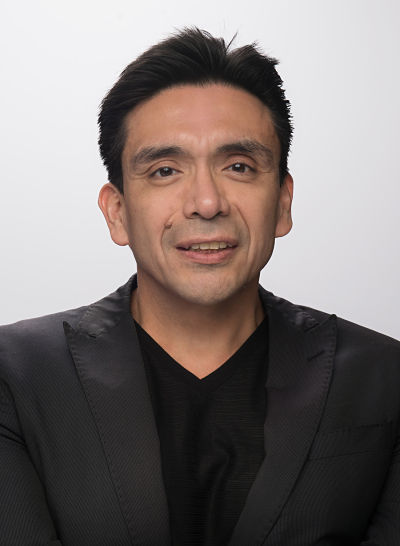 Lone Star College-North Harris has named Tony Diaz as its new director of intercultural initiatives. In this role, Diaz will be responsible for increasing the college’s engagement with Houston’s growing Hispanic population, with a particular focus on enrollment and student success.

Diaz has an extensive background as a community college instructor and holds a Master of Fine Arts degree in creative writing from the University of Houston's Creative Writing Program. He formerly was an adjunct instructor in English at LSC-Victory Center and Houston Community College.

“We are excited to have Tony Diaz join the efforts at LSC-North Harris to increase student success through more extensive outreach and engagement of our Hispanic students,” said Dr. Steve Head, LSC-North Harris president. “We are one of the most diverse community colleges in the Houston metropolitan area and strive to have an inclusive culture that benefits all students, and the entire community.”

Diaz is looking forward to the impact he can make on the more than 17,000 students who take classes at LSC-North Harris, of which, more than 35 percent are Hispanic.

“I know we can cultivate the leading Mexican American Studies program in the region,” said Diaz. “We are already a key factor in the Interstate 45 Mexican American Renaissance. This will benefit our students, our faculty, and our community.”

In addition to teaching, Diaz also has a diverse background in writing, and has become well-known for his involvement in the banned book movement, where he earned the nickname “El Librotraficante” or “The Book Smuggler.” The Librotraficante Movement was created in response to Arizona's prohibition of Mexican American Studies, and has successfully smuggled the banned books back into Arizona.

Diaz intends to bring the same enthusiasm and dedication to students at LSC-North Harris.

“We already have plans in place to host the NACCS Tejas Foco Regional Conference in February of 2015, and organize The Americas Book Fair later that year. These are just two signature events that will put Lone Star College-North Harris at the forefront of academics and diversity,” added Diaz.

Lone Star College System has been opening doors to a better community for 40 years. Founded in 1973, LSCS remains steadfast in its commitment to student success and credential completion. Today, with 78,000 students in credit classes, and a total enrollment of more than 90,000, Lone Star College System is the largest institution of higher education in the Houston area and the fastest-growing community college system in the nation. Dr. Richard Carpenter is the chancellor of LSCS, which consists of six colleges including LSC-CyFair, LSC-Kingwood, LSC-Montgomery, LSC-North Harris, LSC-Tomball and LSC-University Park, five centers, LSC-University Center at Montgomery, LSC-University Center at University Park, Lone Star Corporate College, and LSC-Online. To learn more visit LoneStar.edu.