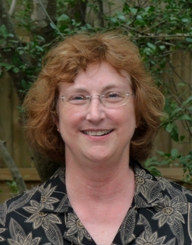 Janet Muzal's current position is Professor of ESOL at Lone Star College-North Harris, where she also serves as liaison with the Commission on English Language Accreditation. Janet has been involved in the field of Teaching English to Speakers of Other Languages since 1976 and began teaching in the Lone Star College System in 1998. She studied Foreign Language Education and French at the State University of New York College of Arts and Sciences in Geneseo, New York, completing her undergraduate degree in 1973. She earned an MA in Linguistics with TESL/TEFL emphasis from the University of Colorado at Boulder in 1979. Janet has taught in elementary, secondary, adult education, community college, university and intensive English programs in New York, Florida, Virginia, Colorado, California, Texas, Norway, and The Netherlands and has held such positions as Curriculum Coordinator, Teacher Trainer, Program Manager, and Lead Instructor in addition to her instructional responsibilities. She has served on the board of the CoTESOL affiliate and she has presented on topics such as “Assessing Listening and Speaking Skills,” “What’s Up: A Look at Prepositions,” and “Strengthening Your Small IEP.”  In 2008, Janet was awarded the Lone Star College Faculty Excellence Award.?