LSC COVID-19 Update: Learn how LSC is preparing for the 2020 fall semester. × 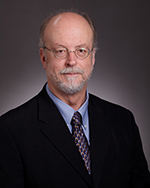 Prior to his arrival at Lone Star College - Kingwood in 2004, Mr. Stubbs was the director of bands at Navarro College in Corsicana, Texas for fourteen years where he directed the marching band, athletic bands, jazz ensembles, theater orchestras, wind ensembles, and community bands. His teaching duties have included courses in music theory, music appreciation, American music, jazz improvisation, and applied brass.

Prior to his career in higher education, Mr. Stubbs served as a high school band director and applied trumpet educator in high schools in Arkansas, Louisiana, and Texas. He is a native of Pine Bluff, Arkansas and is a graduate of Louisiana Tech University, the University of North Texas, and is a doctoral candidate at Baylor University. 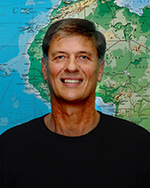 Richard H. Almstedt, department chair for kinesiology and dance, joined LSC-Kingwood in 1991. Almstedt earned a Bachelor of Arts degree from Monmouth College and a Master of Education degree from the University of Houston.

Almstedt has presented a number of papers during his career. In 2004, he presented "So you want to be an official" at the Texas Association for Health Physical Education (TAHPERD), Recreation and Dance and the South District American Alliance for Health Physical Education, Recreation and Dance conference. He has also presented, "Officials Managing Players, Coaches and Administrators" at the Texas Association of Sports Officials (basketball) Convention for four consecutive years. He also presented, "Prime Time Intramurals" at the TAHPERD convention in 2008 and before the El Paso Independent School District in service.

Almstedt has earned awards and recognitions. In 1993 he was named "Teacher of the Year." In 2000, he was named, "National Federation Officials Boys Basketball Officials of the Year." He has also officiated at NCAA, NAIA and NCCAA and NJCA. From 1998-2002 he was president of the Houston Chapter of the Texas Association of Sports Officials (basketball). He was also named South District of the American Alliance of Health, Physical Education, Recreation and Dance Recreation Professional of the Year in 2004. He was also named the TAHPERD Administrator of the Year in 2011-2012.

Alsmstedt teaches first aid and safety, foundations of physical education, aqua aerobics and scuba diving. "LSC-Kingwood is the campus in the LSC-System," he added.