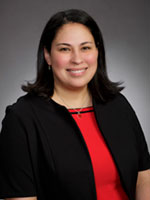 Dr. Cassandra Rincones, dean of the Instruction, Social Sciences, Humanities, Cosmetology, & Kinesiology Divisions joined LSC-Kingwood in 2013 as an associate professor of history. Rincones earned a Bachelor of Arts degree in History from Texas A&M University in Kingsville. She holds a Master of Arts degree in U.S. History from the same institution. Rincones earned a Ph.D. from Texas A&M University in May of 2015, specializing in U.S./Southwest Comparative Border studies. 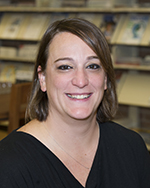 Jennifer Chiotti, associate professor of criminal justice, is the lead faculty for the criminal justice program and joined Lone Star College-Kingwood in 2013.  Prior to her present position, Dr. Chiotti was an assistant professor at the University of Houston-Downtown.  Dr. Chiotti holds a Bachelor of Arts degree in criminal justice from St. Edward’s University in Austin, Texas and a Master of Arts and doctorate in criminal justice from Washington State University in Pullman, Washington. Dr. Chiotti has a diverse background in student services including working within the Offices of Student Conduct, Greek Life, and Financial Aid.  After teaching her first course as a graduate student, Dr. Chiotti changed careers paths and gave up her employment with the U.S. Secret Service to pursue education and instruction full time. In addition to her passion for teaching, Dr. Chiotti actively researches and presents on topics including sex crimes and criminals, violence against women, human trafficking, and corrections.

Dr. Chiotti is originally from Portland, Oregon (where her parents currently reside) and has a younger brother that is a fireman/paramedic in San Diego, California. 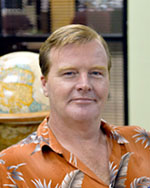 In 1997, Theis published an article entitled, "The Institutionalization of the American Presidency: 1924-1992", which he co-authored with Lyn Ragsdale.

Theis has also delivered a variety of presentations. In August 2012, he was the keynote speaker at the Community College of Allegheny County in-service. Theis also served as moderator during a discussion of "Engaging the Community: Student Perspectives" before the American Democracy Annual meeting. He also presented, "Rabble Rousers: Engaging Students from the Classroom to the Campus" with LSC-Kingwood history professor Steve Davis and Dr. Rebecca Riley, vice-president of academic instruction.

Theis' professional awards include: LSC-Kingwood Innovator of the Year, Man of the Year by the United Methodist Men, Missouri West Conference, and the Governor's Award for Excellence in Teaching. 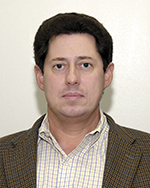 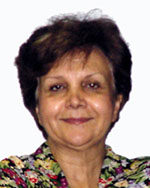 Vida Davoudi, Ph.D., is a government and politics professor. She joined LSC-Kingwood in 1989. Davoudi earned a Bachelor of Arts degree in Public Administration from American University of Beirut. She also holds graduate and doctoral degrees in Political Science from Southern Illinois University.

Davoudi has presented a variety papers including "Arab Spring and its impact on American Foreign Policy", "Religion as a uniter rather than divider", and "Islam and its political impact." 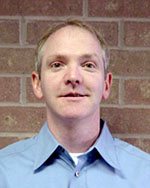 David Putz, Ph.D., professor of political science, joined LSC-Kingwood in 2002. He received a Bachelor of Science degree in Communications from the University of Texas at Austin and was awarded a doctoral degree in Political Science from the University of Houston. His work on partisan and ideological realignment has appeared in the Journal of Politics, and subsequent work on the differential success rates of candidate sex in primary elections has been presented at the Midwest Political Science Association and American Political Science Association annual meetings.

Putz' decision to teach Political Science was purely by accident. "I returned to graduate school after a short career in the telecommunications industry and wanted to pursue a degree in history, but I did not have enough undergraduate hours to begin graduate work. I had minored in Middle Eastern studies and those hours were credited toward work in political science." 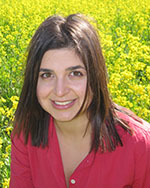 In 2012, Dr. Jac-Kucharski published an article entitled “The Determinants of Human Trafficking: A U.S. Case Study” in International Migration.  She is currently working on publishing her dissertation.

"I relish the idea of teaching a full range of students and am especially appreciative of the opportunity to help people better their own lives. I act on this in my professional life, as I am frequently approached by students, especially female students, who seek advice on how to do better in their classes to be able to transfer to other institutions, apply to law school, graduate school or who want to take the foreign service exam. However, as I have served as a mentor for several institutions, I also take this conviction outside of the classroom. Being able to help people achieve their dreams is the best part of my job." 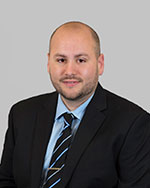 Dr. Matthew Newton, a product of LSC-Kingwood, utilizes his wealth of experience as an assistant professor of government. Joining the faculty in 2016, Newton’s professional background includes adjunct teaching two government classes at the college and teaching classes in American government, as well as Canadian Politics and Political Methodology at other institutions.

The professor was also a dissertation fellow for the Kinder Institute on Constitutional Democracy and an assistant election administrator for the Nacogdoches County Elections Office. Newton published a paper in 2015 on interest group contributions in state legislative elections in the United States.

“I relish the opportunity to impart enthusiasm I have for the study of government and its institutions onto students,” he said. “Having been exactly in their shoes myself as a former LSC-Kingwood student, I know how important a teacher’s enthusiasm can be for unlocking students’ passion for education and learning.”