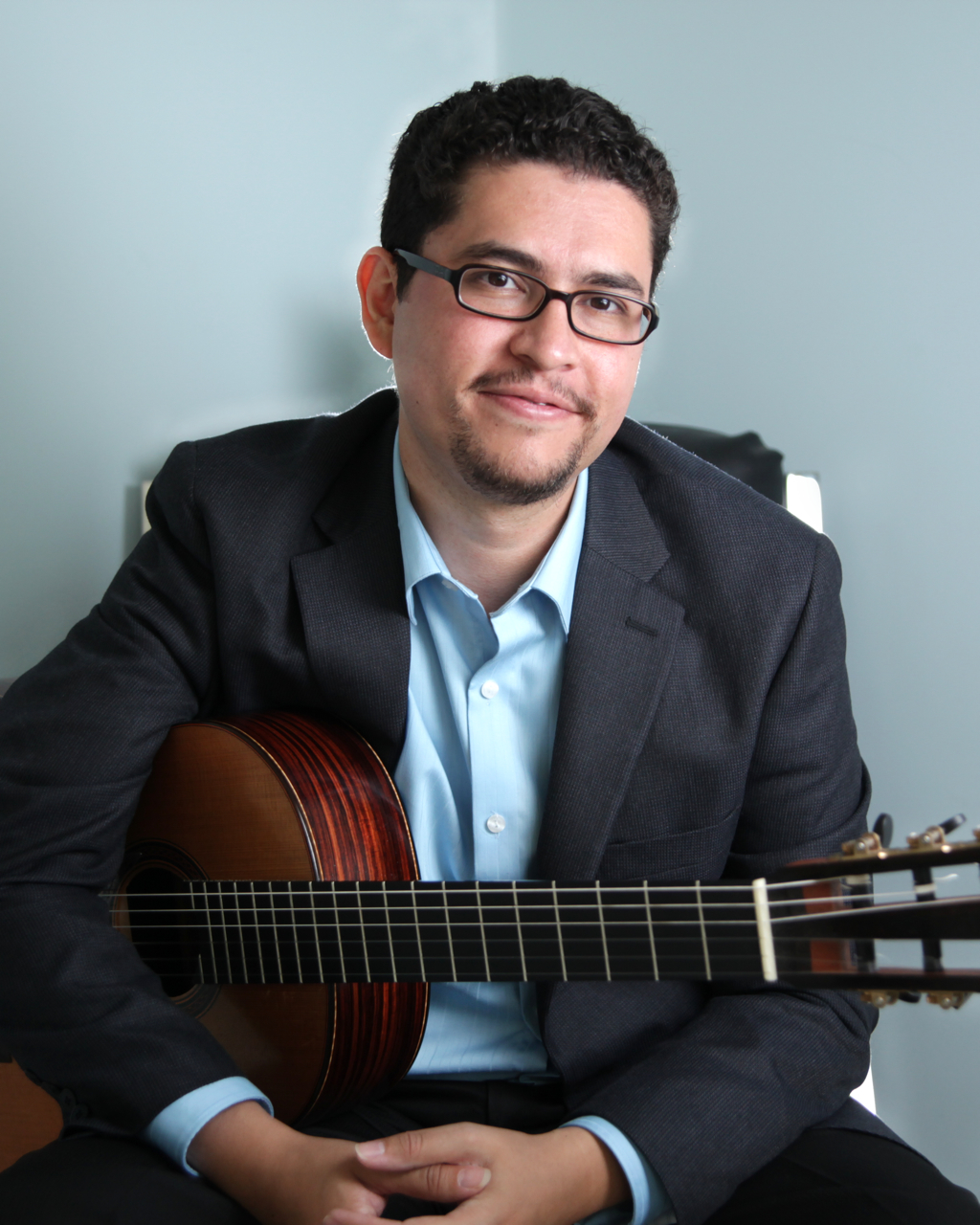 Professional:
Described by Soundboard Magazine as a "flawless musician, filled to the brim with polished technique," guitarist Alejandro Montiel enjoys a performing career that has taken him throughout the continental United States, Mexico, Central America, and Europe. He holds graduate degrees from the Peabody Conservatory and the University of Texas at Austin.

A champion of new works for guitar, Alejandro has premiered new works by Joseph V. Williams, Mark Cruz, Brian Herrington, and Trent Hannah. As a collaborative artist, highlights include the US premiere of Andy Pape's opera "Houdini The Great", a performance with acclaimed cellist Bion Tsang on a new score by Joseph Williams for the Alfred Hitchcock silent film "The Lodger", and the world-premiere of Nico Muhly's 2015 work for chamber choir and guitar ensemble titled "How Little You Are".

Besides being a regularly invited artist, adjudicator, and clinician for guitar festivals throughout the US, Dr. Montiel leads two full-time guitar studios at both Sam Houston State University and Lone Star College - Montgomery. Alejandro is also a sought-after chamber musician throughout Texas and has been featured on multiple recordings, including the Texas Guitar Quartet's critically acclaimed debut album "RED". Alejandro currently resides in the Houston area with his family.