Domestic violence can be defined as a pattern of abusive behavior that is used by an intimate partner to gain or maintain power and control over the other intimate partner. Domestic violence can be physical, sexual, emotional, economic, or psychological actions or threats of actions that influence another person. This includes any behaviors that intimidate, manipulate, humiliate, isolate, frighten, terrorize, coerce, threaten, blame, hurt, injure, or wound someone.

Dating violence is defined as violence committed by a person who is or has been in a social relationship of a romantic or intimate nature with the victim; and where the existence of such a relationship is determined based on the following factors:

Domestic violence not only affects those who are abused, but also has a substantial effect on family members, friends, co-workers, other witnesses, and the community at large. Children, who grow up witnessing domestic violence, are among those seriously affected by this crime. Frequent exposure to violence in the home not only predisposes children to numerous social and physical problems, but also teaches them that violence is a normal way of life - therefore, increasing their risk of becoming society's next generation of victims and abusers.

Hitting, slapping, shoving, grabbing, pinching, biting, hair pulling, etc. are types of physical abuse. This type of abuse also includes denying a partner medical care or forcing alcohol and/or drug use upon him or her.

Coercing or attempting to coerce any sexual contact or behavior without consent. Sexual abuse includes, but is certainly not limited to, marital rape, attacks on sexual parts of the body, forcing sex after physical violence has occurred, treating one in a sexually demeaning manner and controlling reproduction by sabotaging methods of birth control.

Undermining an individual's sense of self-worth and/or self-esteem is abusive. This may include, but is not limited to constant criticism, diminishing one's abilities, name-calling, or damaging one's relationship with his or her children.

Is defined as making or attempting to make an individual financially dependent by maintaining total control over financial resources, withholding one's access to money, or forbidding one's attendance at school or employment.

Elements of psychological abuse include - but are not limited to - causing fear by intimidation; threatening physical harm to self, partner, children, or partner's family or friends; destruction of pets and property; and forcing isolation from family, friends, or school and/or work.

Am I a victim of domestic or dating violence?

In 2014, the state of Texas reported the following family violence data:

The breakdown for our surrounding counties is as follows:

According to the Texas Council on Family Violence, 152 women were killed by their intimate partner in 2014.
The breakdown for our surrounding counties is as follows:

How can I help a friend who is being abused? 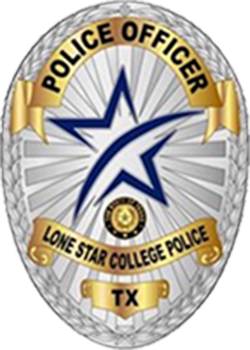 LSC sends an annual email each September to every enrolled student and current employee on an annual basis to notify them that this report is available for viewing.